App management startup Volterra is backed with $50M in funding 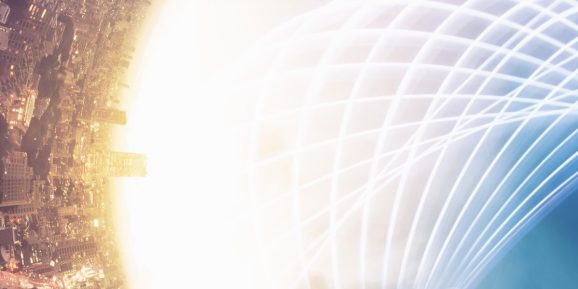 Orchestrating data management across distributed apps is no easy feat. Just ask former Aruba and Juniper Networks veterans Ankur Singla and Harshad Nakil, the cofounders of Volterra, a startup developing a platform for deploying, connecting, and securing apps in multi-cloud and edge computing environments. They cite a report from Gartner that estimates the majority of enterprise data will be produced and processed outside of datacenters by 2022, a share that could conceivably grow to 90% by 2025.

Volterra has newfound capital to address the challenge. The Santa Clara company today emerged after two years in stealth with $50 million in funding to date, contributed by backers including Khosla Venture, and Mayfield as well as strategic investors Microsoft, Itochu, and Samsung. It arrives after a year in which Volterra’s workforce grew to over 100 engineers worldwide and its customer base passed 30 brands.

“I’ve worked with the world’s largest service providers and enterprises over the last several years as they evolved their infrastructure to become software-defined,” said Singla, “but now they are being forced to distribute that infrastructure, and the applications using it, across multiple cloud providers and edge locations.”

Volterra’s cloud-hosted environment enables fleet-wide management of apps and heterogeneous infrastructure through a control plane with a Kubernetes API for orchestration. It offers multi-layer security for both workloads and data, as well as comprehensive compute, storage, and networking for distributed edge locations.

The suite is a three-piece affair. Two components — VoltStack and VoltMesh — live at edge or cloud sites and communicate via Volterra’s private high-performance networking backbone, while a third component — Volterra Cloud — affords control over and visibility into VoltStack’s and VoltMesh’s operation.

The way customer and Cdiscount.com IT director Romain Broussard explains it, Volterra’s platform plays nicely with a range of networking paradigms such as cloud-native edge (distributed apps and infrastructure management with a secure edge gateway), multi-cloud (distributed app management and a multi-cluster service mesh), and network cloud (software-defined cloud interconnects and apps at the network edge).

“As an online marketplace the availability of our website is critical, as every minute of downtime results in a significant loss of revenue and a deterioration of our brand,” said Broussard. “We have worked very closely with Volterra to maximize our resiliency and security, as well as our user experience, and have been able to build a complete application delivery network and several security tools with their VoltMesh service.”

One thing’s for certain: Volterra stands to nab a substantial slice of the cloud management platform segment, which is anticipated to climb from $8.18 billion in 2018 to $26.76 billion by 2024. Sometime rivals include Aviatrix, which recently raised $40 million for its multi-cloud management tools, and cloud data management company Druva, which in June secured $130 million at a $1 billion valuation. SignalFx similarly offers monitoring services for cloud app and environments.

“Applications are becoming more distributed and deployed closer to native data sources, which is driving DevOps and IT teams to employ a cloud operational model at the edge and consistently across their infrastructure footprint,” said Bowker. “Volterra is taking an innovative and cloud-centric approach to deploying, operating, and securing distributed applications.”

Hope is good to have, but it’s not a strategy

Business models are shifting amid the pandemic

How to develop a market for your product

How to accurately estimate startup costs