The founder of online retail giant Alibaba is in town. He specifically flew to Malaysia to officially open the company’s first office in Southeast Asia at Bangsar South today. He was also granted an audience with newly inaugurated Prime Minister Mahathir Mohamad, the world’s oldest premier at the advanced age of 93.

If time is any indicator, there’s little doubt that Mahathir has given more privilege to Jack Ma than Singapore Prime Minister Lee Hsien Loong. While Mr. Lee was given merely 30-minute during his one-on-one meeting with the Malaysian premier, Mr. Ma was allocated 1-hour. Perhaps Mahathir couldn’t resist the songs of praise specially prepared by billionaire Jack Ma for him.

Jack Ma, whose net worth is at US$43.1 billion (Forbes as of 18 June, 2018), had reportedly met with Finance Minister Lim Guan Eng over an informal dinner last night. The billionaire reportedly wanted to meet Mahathir earlier this month but it had to be postponed because Mahathir wanted to focus on putting together his new Pakatan Harapan government. 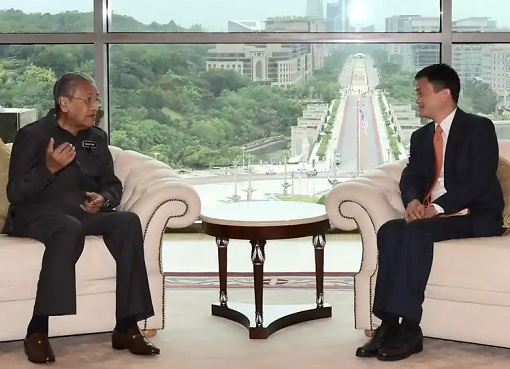 Describing his meeting with PM Mahathir as “fantastic and great”, the Chinese tycoon said – “I am surprised by his knowledge about technology. He is a legend. 93 years old but he knows so much about technology. After talking to him, I should read more books. We share a lot of similarities. We believe in the internet. We believe in supporting and empowering the young, poor and rural folks.”

But Jack Ma wasn’t the only guy from mainland China who had nothing but great things to say about the Malaysian prime minister. Also present during the official launch of Alibaba’s office was China Ambassador to Malaysia Bai Tian who praised Mahathir as a “very adorable leader” – even at the age of 93. This is not the first time Mr. Bai praises Mahathir though.

When Ambassador Bai called on the Prime Minister at the Perdana Leadership Founda­tion on May 25, after the 93-year-old Mahathir stunningly won the 14th general election, he presented a fan inscribed with the Chinese proverb “Lao Ma Shi Tu” (old horse leads the way) as token of friendship between Malaysia and China. Mr. Mahathir is known as the “Old Horse” among ethnic-Chinese. 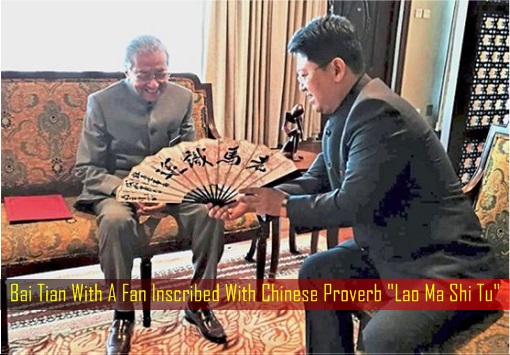 Still, Ambassador Bai Tian was miles away when compared to Alibaba boss Jack Ma as far as apple polishing is concerned. Not only had Mr. Ma expressed his great admiration for Mr. Mahathir’s so-called technology savvy skills as if the old man could write Java programming language, the Chinese billionaire went so far as to claim that he was actually inspired by Mahathir as far back as 1997.

Ma claims today that the first seed of idea for what would eventually become the global e-Commerce giant was planted when he read about the Mahathir’s MSC (Multimedia Super Corridor) almost 20 years ago. He said – “I was reading the newspaper (in 1997) and saw the news about the MSC. I thought, wow, this is a genius idea.”

He said – “(I thought) if Malaysia could do this, why can’t China. Why can’t I do this for myself? So Malaysia inspired me to create Alibaba.” Ma said he has seen how MSC empowered people and have watched it grow. In reality, the MSC has failed, where it was supposed to leapfrog the country into the 21st century by having an innovative and multimedia technology hub. 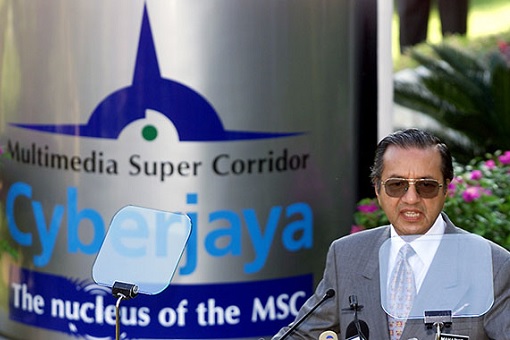 The plan was to create a similar Silicon Valley, hence boosts the objective of achieving Malaysia’s Vision 2020 (a modern state by 2020). Today, MSC is nothing but data centres for MNCs. Adding salt into injury, even Vietnam, a country which Malaysian leaders had looked down upon, has quietly emerge to become an exciting technology start-up hub.

Ex-PM Najib said during the DFTZ launching – “We want to redefine global trade … I look forward to the rebirth of the new Silk Road.” Najib was so impressed with DFTZ that he made Jack Ma digital economy adviser to the Malaysian government. However, there were concerns that the plan was an extension of China’s Belt and Road Initiative. 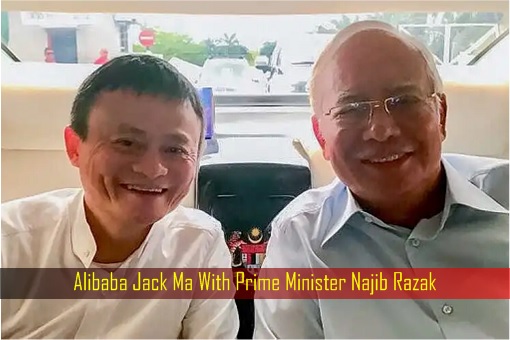 On paper, the digital trade zone is expected to boost trade between Southeast Asia and China. It is designed to make cross-region shipments more affordable for Malaysian small and medium-sized companies. The core element of DFTZ – eWTP (electronic world trade platform) – however, is being tightly controlled by Alibaba. Hence, critics said this is just a monopoly game by China.

Another concern, which Alibaba doesn’t want you to know, is that Malaysian firms may find themselves facing stiff competition from Chinese firms – many of which are supported by the government in Beijing. The fact that Kuala Lumpur is behind Beijing in terms of high-skilled labour and innovative practices also makes it tougher for Malaysian firms to compete on a level playing field.

Amusingly, the same Jack Ma also sang songs of praise for ex-PM Najib Razak. Mr. Ma reportedly said he was amazed by Najib’s leadership, vision and determination. In actuality, Mr. Ma is nothing but a salesman and a businessman whose primary objective is to make money, regardless of how corrupt a country is. More importantly, he is also a special envoy from Beijing. 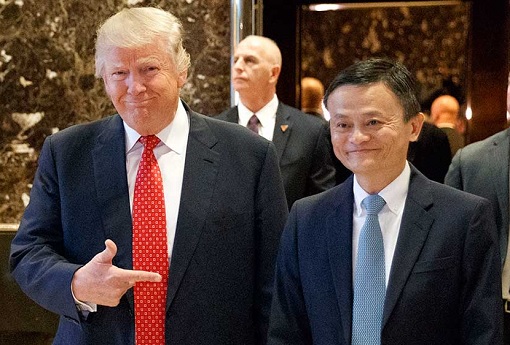 Last January, less than 2 weeks before Trump is sworn in as the 45th President of the United States, China deliberately sent Jack Ma to America to apple polish the new POTUS – proposing to create 1-million U.S. jobs. Ma specifically mentioned agricultural products such as garments, wine and fruits that could be sold through Alibaba to consumers in China and Asia.

Jack Ma’s mission was to recalibrate Donald Trump’s perception about doing business with China. As Scott Kennedy, director of the Project on Chinese Business & Political Economy at the Center for Strategic & International Studies, said – “The purpose of Jack Ma’s visit was to frame Alibaba’s business with the U.S. in a framework Donald Trump understands.”

In the same breath, Jack Ma is clearly apple polishing Mahathir Mohamad to ensure the DFTZ is not scrapped, the same way the RM110 billion HSR (High-Speed Rail) and RM55 billion ECRL (East Coast Rail Link) projects are postponed or reviewed. After Mahathir’s first foreign visit to Japan, China realises that they can’t threatened Malaysia the same way they did with other countries. 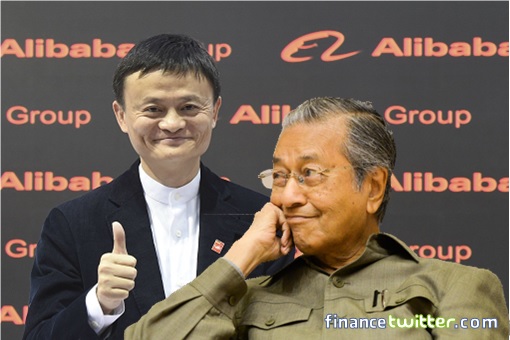 Jack Ma is a great salesman who has no problem selling a fridge to an Eskimo. In all his interviews, he had never mentioned once that his Alibaba e-commerce company was inspired by Mahathir’s Multimedia Super Corridor. But hey, as long as he could make the old man happy, who cares what crap story he sells to get on the good book of the Malaysian government, right?

Anwar confident people will continue to contribute to the economy

5 Ways Leaders Can Prepare for the Next Recession