BUILDING MALAYSIA “IN OUR OWN MOULD” AKA CAP TAH _ AYAM

Here is a recent article by Mariam Mokhtar. I am reproducing it in full.  My comments are in blue.

*Seven Questions Malays Should Ask Their Leaders.*
By Mariam Mokhtar
*1. HOW COME AFTER 60 YEARS WE ARE STILL BEHIND THE OTHER MALAYSIANS?*
Are we stupid or are you – our leaders –  that after over half a century you have still not got it right?
(OSTB : It is the fault of the Malays. They did not read enough books and intelligent material on their own to understand that their leaders were the ones who were and still are – stupid. Unbelievably stupid. Yes the leaders were stupid but it is the Malays who put them there.  Look at how many Malays still support Hadi, Najib and PAS.)
The Malays in Singapore are by and large better off than us yet they do not have Bumiputraism.   Why not learn from them?
(OSTB : The Singapore Malays are now becoming success stories who can outcompete the Chinese. Highly successful bankers in Singapore are Malays. Top real estate professionals in Singapore are Malays. And many more.)
The wealth gap intra the Malay community is much wider than that of the other communities. We have super rich Malays while most of us struggle to make ends meet.
(OSTB  :  Yes and no.  There are no real wealthy Malays. All the so called wealthy Malays became wealthy on bumi projects, bumi contracts, government granted monopolies, taking up 30% bumi quota shares in successful Chinese and foreign owned companies, getting bumi quota shares in public listed companies etc. What does this mean?  It means TWO things :  1. Only connected Malays – the elite – benefited from this wealth redistribution.  2.  They cannot do it a second time.  The children of these get-rich-quick Malays have not learned any business skills. So they cannot repeat the “false success” of their father’s generation.  The second and third generation will become poor again.)
Are these rich Malays so much cleverer or more hard working than the rest of us?
Or is it because *they have used their positions and connections to enrich themselves at our expense?*
(OSTB   :   My point exactly. Notice how many sons and daughters of UMNO/BN Ministers became ‘big businessmen’.  Now they are becoming bankrupt and exchange notes among themselves about going bankrupt during Friday prayers in the Bukit Damansara mosque.)
*2. WOULD IT BE TRUE THAT IF  “AFFIRMATIVE ACTION” IS BASED ON NEEDS  AND NOT ON RACE THERE WILL BE MORE FOR US POOR MALAYS?*
After all since the rich Malays can afford to support their children’s education why are they taking scholarships?
Every place they take means one less place for a poor student.
And how does giving us discount on buying shares help us? Most of us cannot understand the stock market and even if we did, we have no spare money to play the share market. This benefits the rich Malays but not us.
(OSTB  :  Now you are beginning to see.  Many of these bumi policies have been crafted by the Malay elites – the 1st generation Ali Babas – to protect their own interests, ahead of the kampong Malays.  You can see these Melayu elit at Bangsar Shopping Center, Bangsar Village,  the Pavillion and also at the Bukit Damansara mosque on Fridays.  Plus at the various clubs around town. And in Jakarta but that is getting less now. Duit sudah kurang.)
Same for housing we can only afford one house if at all, while the rich can buy many.
(OSTB :  Why give a bumi discount for a Malay jutawan to buy a multi million Ringgit bungalow, semi D or upmarket condo?  Where is the logic?)
Now if house purchase discounts were given strictly on the basis of needs and not race, then perhaps house prices can come down because of the lower holding cost for developers. This will benefit us.
*3. YOU KEEP TELLING US THE CHINESE ARE OUR ENEMIES; THAT THEY STEAL FROM US AND THAT IF NOT FOR YOU WE WOULD BECOME EXTINCT.*
How did the Chinese steal from us and how are they going to make us extinct? *Explain . . .!?!*
Are you not using them to scare us so that we run to you?
(OSTB   :  Here is my suggestion. Please make a huge statue of the Chinese and plant it  on some high mountain top.  If there were no Chinese, who would manufacture our underwear? Who would transport all the rice to our shops and markets? Who would plant, harvest and transport all our vegetables to our main markets? Who would catch, freeze and transport all our fish to the markets?  Who would manufacture, market and transport all the cement, roof tiles, floor tiles, comcrete and steel that goes into making all our fantastically wonderful and world class houses? In Malaysia our modern houses are world class. Our taman perumahan, our new townships, our new urban centres are all world class. 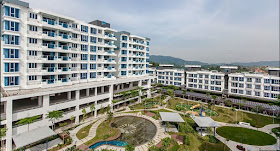 Will Malaysia be colonised again?

Opinion: The Burden of Privilege on the Malaysian Economy