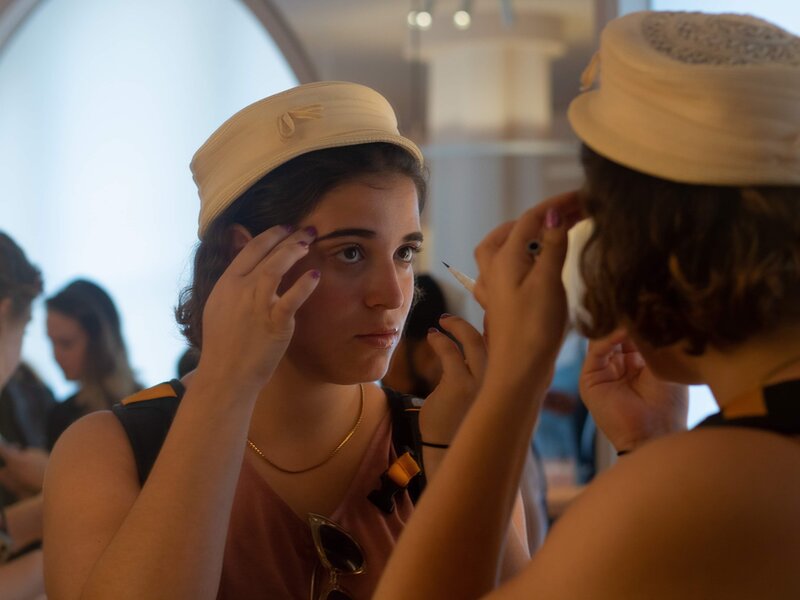 A customer tests an eyebrow pencil in the mirror at the New York City flagship store for the beauty startup Glossier. It’s one of the latest companies to become a unicorn, with a market value of $1 billion as of March.
Amy Scott/NPR

In the world of startups, unicorns are companies that are said to possess a rare kind of entrepreneurial magic. They’re privately held ventures worth $1 billion or more. Uber and Spotify were unicorns. DoorDash and Airbnb are still described that way.

But as investment in Silicon Valley has boomed in recent years, there are far more $1 billion-plus startups than ever. So the question arises: Has the term unicorn lost its special meaning?

Aileen Lee was the first to call hot startups unicorns. In 2013, she was struggling to find a simple way to describe companies younger than 10 years old but worth more than $1 billion. There were only 39 of them. She decided to describe them as the Unicorn Club. Since then the club has grown to 484 members, according to TechCrunch.

Lee said in an email to NPR that she wanted a name that would “capture the sentiment that was much shorter and easier to read.”

“I substituted ‘megahit’, ‘homerun’, and ‘unicorn’ into the piece and unicorn just captured the sentiment I was looking to convey so well,” wrote Lee, who runs the venture capital firm Cowboy Ventures. “That it’s a very rare, somewhat magical occurrence and something special.”

She published her findings on success rates of these startups in a TechCrunch report.

And the unicorn took off.

The term became synonymous with startup success among financial analysts and investors as well as trade and business media.

Some of the early members of this club are Groupon, Twitter, Pinterest and Zulily. Now, unicorns range from Airbnb, Rent the Runway and Juul to software and Web service companies like Infor and Stripe.

As these companies mature, most are going public or getting acquired by other firms. After that, the unicorns shed the magical title. This year, former unicorns Uber, Lyft, Pinterest and Slack all gave up their horn to start selling shares on the stock market.

But with more unicorns emerging every year, is the $1 billion mark still special?

“There are thousands of startups born every year and despite the best intentions of founders and team members, only a tiny fraction grow to become worth over a billion dollars over time,” she wrote.

The number of unicorns has been rising in part because of an influx of both startups and investors. After the recession caused a sharp decline in startups and other new businesses, a slew of all kinds of new businesses entered the market, according to a report by the Kauffman Foundation, and many of them were startups.

Carl Doty, vice president of emerging technology research at Forrester Research, says a very large number of startups were founded as the economy recovered. Thus, a spike in the number of unicorns. Many of them are just now hitting a $1 billion market value.

“The number of startups overall exploded, so we’re going to see more and more unicorns, as time goes on. And frankly, more investors too,” Doty says. 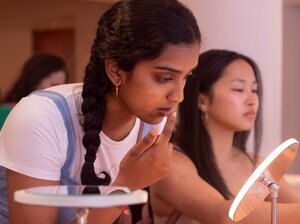 The success stories of so many startups have led to more investments by venture capital firms. Sunil Rajaraman with Foundation Capital says investors want to make sure they’re part of the next big thing, especially as unicornslike Slack and Lyft shed their status by going public.

“With the big exits, I think the fear is only going to get larger that we don’t want to miss the next three or four of these,” Rajaraman says.

Plus, it’s getting easier for startups to ramp up and grow more quickly. That’s thanks to former unicorns, like Facebook, Google and Amazon, which have established affordable cloud services and Web platforms that allow younger unicorns to run their businesses, Lee wrote.

Companies that reach the magical threshold often offer a niche service or a product that appeals to a specific group of people.

Lee found in her report that most of the successful unicorns were consumer-oriented, followed by companies that provide services for other companies. 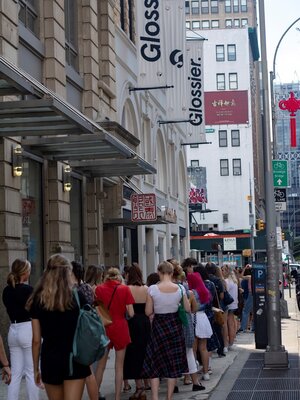 The online beauty product shop Glossier is one of the latest unicorns, with a market value of $1.2 billion. The company developed its makeup and skin care products based on online customer feedback.

On a recent Sunday afternoon in New York City, hundreds of people lined up outside Glossier’s flagship store, waiting to experience the well-lit mirrors and tables full of beauty products. Customers are encouraged to take Instagram-able selfies while trying on makeup.

Another new unicorn is Impossible Foods, a company taking advantage of the new health-and-environmental-conscious wave among millennials by selling plant-based food that imitates meat. The company hit a $2 billion valuation in May and recently starting selling the Impossible Whopper at some Burger Kings in the U.S.

In the late 1990s, investors threw their money at many unprofitable Web-based startups, creating the dot-com bubble. Some analysts have compared the onslaught of unicorns to the tech boom that saw that bubble burst.

Indeed, some of the unicorns may be overvalued, according to a 2017 report by the National Bureau of Economic Research.

Keith Wright, an instructor at Villanova University’s business school in Pennsylvania, warned in a 2018 CNBC article that these unicorn startups would likely meet the same fate as the dot-com companies.

“In case you missed it, the peak in the tech unicorn bubble already has been reached,” Wright wrote. “And it’s going to be all downhill from here.”

But Rajaraman says he doesn’t think these startups will suffer a similar fate because many are taking longer to mature and are seeing profits before going public.

“The difference I see between the dot-com boom and now, is these companies are actually generating really good revenue and growing,” he says. “Venture capitalists are realizing returns.”

Malaysian startup Kaodim to shut down on July 1, cites rising costs among challenges

This Is the Key to Truly ‘Founder-Friendly’ Venture Capital