So when Chinese President Xi Jinping said in May that one civilization forcing itself on another would be “stupid” and “disastrous”, he was sending a warning to U.S. President Donald Trump to stop hallucinating about asserting race superiority against others. Instead the Chinese leader urged on nations to respect each other, as Trump tries to use tariffs to force China to kowtow to America.

The economic simpleton of Donald Trump says that because China exports more to the U.S., a trade war can be easily won by slapping the Middle Kingdom with tariffs. The U.S. imported a record US$539.5 billion in goods from China in 2018. By contrast, the U.S. shipped a much smaller US$120.3 billion in goods to China. Hence, the US$419.2 trade deficit. 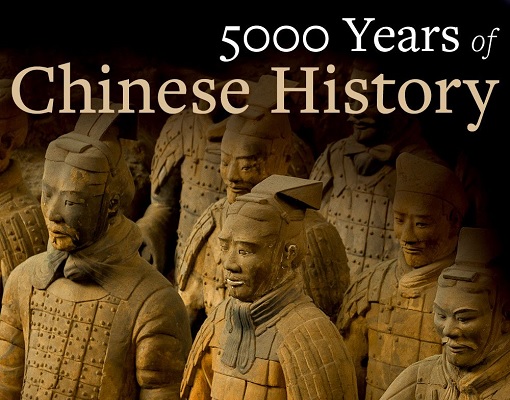 In a nutshell, China’s heavy dependence on the United States for its export is itself Chinese’s Achilles Heel. Trump has just claimed that his tariff war with China is working after Beijing announced that its annual rate of expansion had slowed from 6.4% to 6.2% in the second quarter of 2019 – its slowest pacesince 1992.

As usual, Trump also falsely claimed that his tariffs are paid for by China, not by the U.S. taxpayers. However, economists – again – disagreed with the president’s inaccurate conclusion, pointed out that China’s economy was still growing more than two times as fast as that of the U.S. and that the tariffs imposed on Chinese goods were hitting Americans.

Trevor Greetham at Royal London Asset Management replied to Trump’s rhetoric – “Sorry to break it to you, but tariffs are paid by the importer – US taxpayers in this instance.” The 6.2% GDP figure was within the government’s target range of 6.0%-6.5% for the year, down from the 6.6% growth China posted in 2018. It means while the GDP has indeed taken a hit, China’s economy did not collapse. 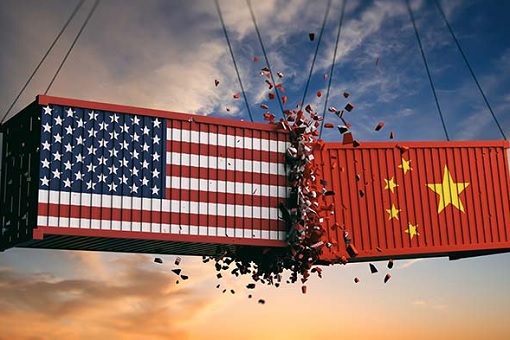 But if the Chinese economy fails to collapse as a result of the trade war started by Trump, why would the country kowtow and concede defeat? True, while growth in infrastructure investment has retreated, China’s 1.3 billion consumers have continued to provide support for the economy with retail sales up 9.8% on-year in June, up from 8.6% in May.

Yes, one of the reasons why the U.S. is the world’s biggest economy is due to its massive consumer spending. If Americans stop spending, or slow down their spending, the U.S. economy will go into recession. Consumer spending is what households buy to fulfill everyday needs. And China’s economy is in second place because their consumers did not spend as much as the U.S.’

But if the latest research report published by consultancy McKinsey and Company is any indicator, the Chinese economy isn’t as fragile as Trump, or the world for that matter, initially thought. The relationship between China and the world is changing – incredibly fast. The world has become more economically exposed to China, while China’s to the world has fallen. 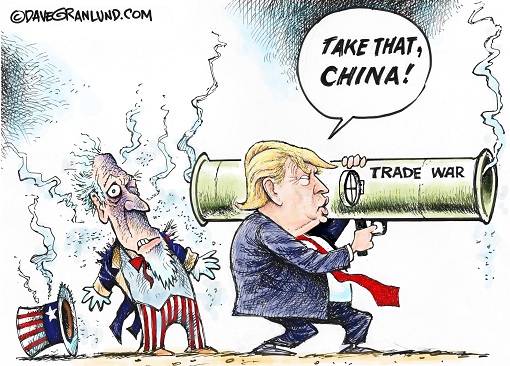 What that means is while the world economy’s dependence on China increases, China’s dependence on the world’s decreases. The 168-pages report produced by the McKinsey Global Institute’s (MGI) titled “China and the world: Inside the dynamics of a changing relationship” reveal that in 2018, China accounted for 16% of world GDP.

As US-China battle escalated from trade war to tech war, economists and analysts generally predicted that the Chinese economy, instead of the U.S., will experience a larger hit as a result of the tariffs. However, the report by McKinsey found that consumption contributed to more than 60% of China’s growth during 11 out of 16 quarters – from January 2015 to December 2018.

Essentially, that means even before Donald Trump won his 2016 presidency, China has been reducing its reliance on trade as a source of growth. And by the time Trump unleashed his tariff weapons, it was a bit too late. McKinsey says in 2017 and 2018, about 76% of China GDP growth actually came from domestic consumption, while net trade made a negative contribution to GDP growth. 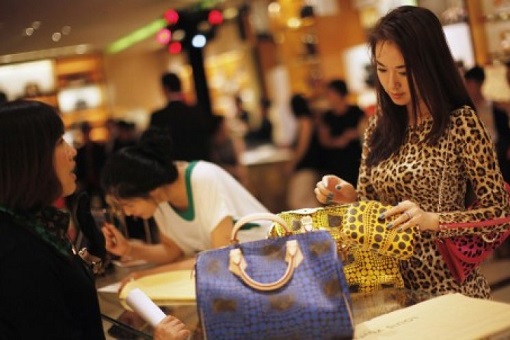 In fact, as early as 2008, China’s net trade surplus amounted to 8% of the nation’s GDP. But 10 years later in 2018, that figure plunged to just 1.3% – indicating the Chinese are building a more robust and diversified domestic economy. China is increasingly consuming a larger share of output produced, partly due to its closed economy compared with developed countries like the U.S.

The study also found that China exported just 9% of its output in 2017 – down from 17% in 2007 (ten years ago), proof that China has become more self-reliant and less exposed to the rest of the world. McKinsey says – “China’s exposure to the world in relative terms has fallen because the major driver of its economic growth is no longer trade or investment but rather domestic consumption.”

In contrast, the rest of the world has become more dependent on China, so much so that China accounts for 35% of global manufacturing output. Other examples that the world needs China more than China needs the world – China accounted for 40% of global mobile phone sales in 2017, 64% of sales of battery electric vehicle sales, and 46% of semiconductor consumption. 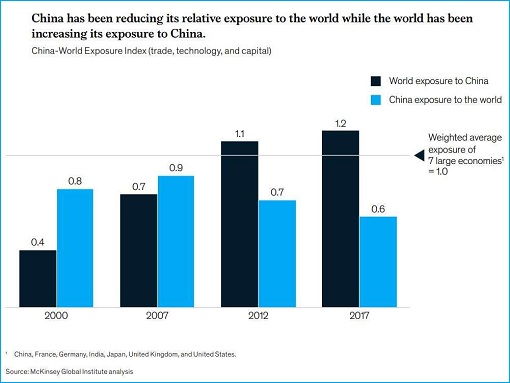 Here’s a piece of information from McKinsey research that may explain why more than 600 American companies signed letter urging – even warned – President Trump to resolve the trade dispute with China, leading to a truce at G20 Summit on 28-29 June 2019 in Osaka. According to an MSCI index, the US information technology sector makes 14% of its revenue in China.

In the same breath, Donald Trump stunningly told the press at the summit that he had decided to allow U.S. companies to sell to Huawei, despite literally putting the Chinese tech giant on the trade blacklist just a month earlier. The spectacular U-turn saw confusion and backlash from not only the business community, but also from lawmakers over national security concerns that Trump had been trumpeted.

However, according to McKinsey’s analysis of 73 economies and 20 sectors, the exposure to China varies among sectors and countries. The research report has identified three groups of countries that have the most exposure to China: 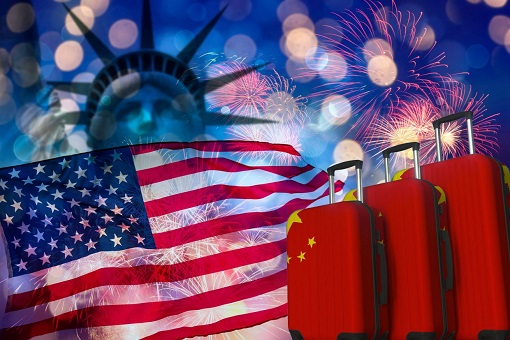 There’s another lucrative business that the short-sighted Trump has overlooked in his trade war with China – education and tourism. China is already the largest source of outbound tourists in the world – 150 million outbound trips in 2018 alone. Their spending can be equivalent to 7% to 9% of domestic private consumption of Singapore and Thailand.

But for the first time since 2003, Chinese tourists to the U.S. is falling as the Trump administration wages the trade war with China. Travel from China to the U.S. fell 5.7% in 2018 to 2.9 million visitors. Last summer, China issued a travel warning for the U.S., telling its citizens to beware of shootings, robberies and high costs for medical care.

Similarly, China’s outbound students can have a significant impact on other economies. China accounts for nearly a third of foreign students on US campuses who pour billions of dollars into the economy. Over one third of the roughly 360,000 Chinese students in the US study in “STEM fields” – science, technology, engineering and mathematics 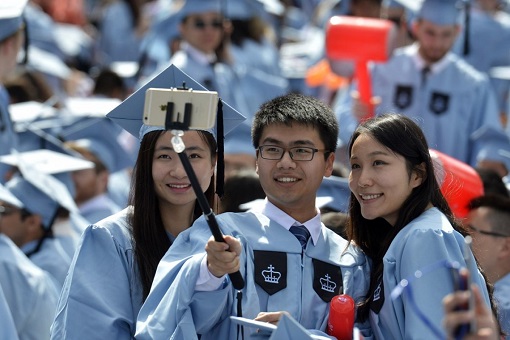 But thanks to the trade war, applications from Chinese students to study at UK universities have gone up 30% since last year as Chinese students look at destinations other than America for their studies. Chinese students contributed a whopping US$13 billion to the US economy last year, a figure that includes tuition fees and living expenses.

Anwar confident people will continue to contribute to the economy

5 Ways Leaders Can Prepare for the Next Recession