Facebook’s Twitter account was briefly hijacked by the hacking collective OurMine on Friday afternoon, but the company still appeared to retain some control over the account.

But Facebook still appeared to have some control over the account, and deleted the tweet – posted at least five times – within seconds. Within 30 minutes, the hack appeared to stop.

Twitter confirmed the hack to Business Insider, and said the accounts were hacked through a third-party platform.

“As soon as we were made aware of the issue, we locked the compromised accounts and are working closely with our partners at Facebook to restore them,” a Twitter spokesperson told Business Insider. Facebook did not respond immediately to a request for comment.

Security researcher Jane Manchung Wong was able to take a video of the tweets getting made and deleted in real-time: 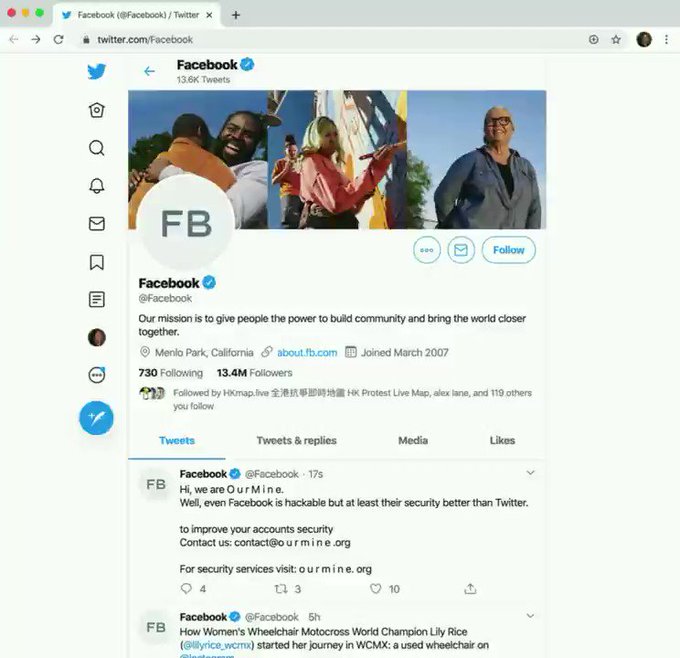 377 people are talking about this
The tweet styles the hacker collective claiming responsibility for the hack as a “security group” and directs users to the company website, which offers personal security checks of social media accounts, emails, iPhones and iCloud for $30 – the pricetag for enterprise security checks is available upon request, it seems.

OurMine has long been targeting the social media accounts belonging to high-profile figures and companies.

Take these steps to prevent a data breach

5 types of email hackers use to breach systems