How to manage — not muzzle — noisy team members

How to Lead Loudmouthed Associates 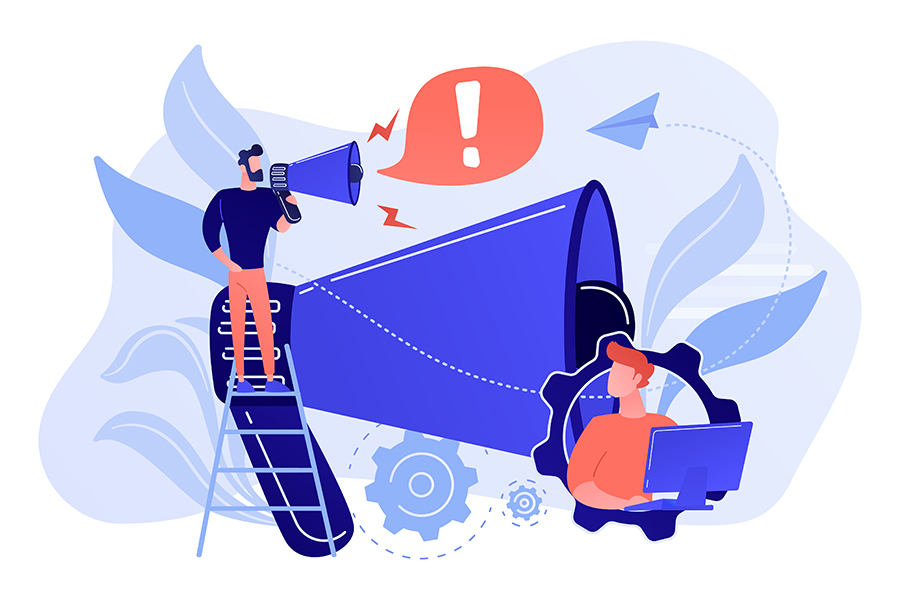 On the first day of school when I was a young boy, my mother suggested to my new teacher that she (they were all she’s) sit me at the school desk right in front of her. “You will thank me later,” she would tell them. I enjoyed hearing myself talk over quietly listening to the teacher. A few teachers ignored my mother’s advice and arranged the class seating alphabetically. After a week or so, I was seated at the desk right in front of the teacher.

Every leader at some point has an associate with way too much “extravertness” and a propensity to offer an opinion on any topic, regardless of qualifications. Consider it a gift — a much better extreme than the quiet associates who keep all opinions and views inside unless compelled to surface. The challenge is using a governor on the noisy team member without it becoming a muzzle.

Noisy associates might need to be the center of attention, but they also can bring a level of honesty and transparency needed by a work group. They can encourage quieter associates to act on, “if she can say it, so can I.” Giving some rein to a live wire can signal openness for healthy dissent and alternative points of view. As the leader, you telegraph the actual boundaries of decorum by what you allow loud mouths to “get away with.” Done correctly, it can foster authenticity and elevate trust.

History has had its share of noisy people of influence. President Bill Clinton, TV personality Oprah, actor Tom Hanks, both prime minister Margaret Thatcher and Winston Churchill were all people who could talk their way out of almost anything. Apple founder Steve Jobs and boxer Muhammed Ali were famous for pontificating on most any topic and enjoying an egocentric status. Their propensity to talk provided assertive leadership; it also sometimes squelched other speakers around them.

My most frequent critique growing up was, “Can you just be quiet for a while?” My cousins were more graphic, labeling me a “blabbermouth” — meaning “just talking to hear oneself talk” with little consideration for substance. The moniker comes in several other forms — chatterbox, motormouth, or windbag. Loudmouths need external guidance to surface relevance and meaning rather than it solely becoming time-wasting noise.

Loudmouths are sometimes like the smart kid in school who put his or her hand up first every time the teacher asked a question. They gave little consideration to “let someone else have a turn.” They can dominate a discussion by assertively controlling who gets in. Their non-ending monologue can create boredom and impatience from other team members. Without supervision, their voices (and opinions) are the only ones considered, potentially leading to poor decisions and conclusions that fail to reflect the expertise of others. It takes leadership to ensure there is a diversity of views and airtime to others. Here are three ways to lead a loudmouth.

In a one-on-one conversation, thank the noisy team member for her or his consistent contribution. Let the person know you value their passion and interest. Solicit the person’s help in allowing others to have an opportunity to speak their mind. Let the person know you are not bothered by long periods of silence after soliciting input. To a highly extroverted associate, silence is uncomfortable, often compelling them to fill it with verbiage. Be prepared to have another coaching session, one that is sterner. Remind the person that your guidance is grounded in your concern for the entire team and your leadership responsibility to give everyone a voice.

Despite your thoughtful coaching, old habits may be hard to break. There may still be times when the dominating talker wants to take over a team discussion. Comments like, “George, I know you have an opinion on this; let’s find out what someone else thinks about this” can nip an assertive talker in the bud before it blossoms into their taking over. You might need to specifically ask another person for a view as in, “Jane, what are your thoughts?” It might be necessary to interrupt a long monologue with, “Pardon me for interrupting, George, but could you give me a brief example?” As soon as the “short example” has ended, direct the discussion to someone else.

Sometimes, allowing the person in charge can help. I worked with an effective CEO who rotated leadership of regular staff meetings. He always opened meetings by making it clear all views were to be given a voice and the discussion shared by everyone. He also reminded the team that the only way to get through the agenda was to have no grandstanding or soapbox speeches. After his resident loudmouth team member had taken a turn in the leadership seat, the person commented that he never realized how much he dominated meetings until he was “forced”to be on the other side as a listener.

It is easy to communicate dark judgment when publicly dealing with a loudmouth. While you may gain their quietness, you risk nurturing a culture of caution on the part of your whole team. However, as the guardian of team communication, it is your role to find productive ways to channel verbosity, quill individual dominance, and support diverse views. Remember: loudmouths are rarely noisy to lessen your authority but rather to spotlight their presence.

Chip R. Bell is a renowned keynote speaker and the author of several award-winning, best-selling books. Global Gurus in 2021 ranked him for the seventh year in a row in the top ten keynote speakers in the world on customer service. He can be reached at www.chipbell.com.

True leaders empower the people around them

How do things get done? Look at approval workflows

Do you need a leadership reset? This guide can help

How corporate social responsibility is cyclical, not linear