The Saudi royal family, who are worth a staggering £850bn, are hoping to tempt United’s current owners the Glazers into selling the club before the start of next season.

The proposed takeover bid comes after United chiefs have been seen spending an increasing amount of time in Saudi Arabia, according to The Sun.

Sources close to the Glazer family claim that they are against selling the Premier League club but an offer that big could certainly tempt United’s owners.

The American owners purchased the Red Devils in 2003 for £790m but if they decided to accept Bin Salman’s offer, the Glazers would bank a huge £2.2bn profit.

The Saudi Prince has previously been linked with buying United last year but sources insisted the club is not for sale, especially after Bin Salman became embroiled over the death of journalist Jamal Khashoggi.

The £3.8bn valuation from the Saudi Prince is dependent on whether or not United can secure Champions League football next season. 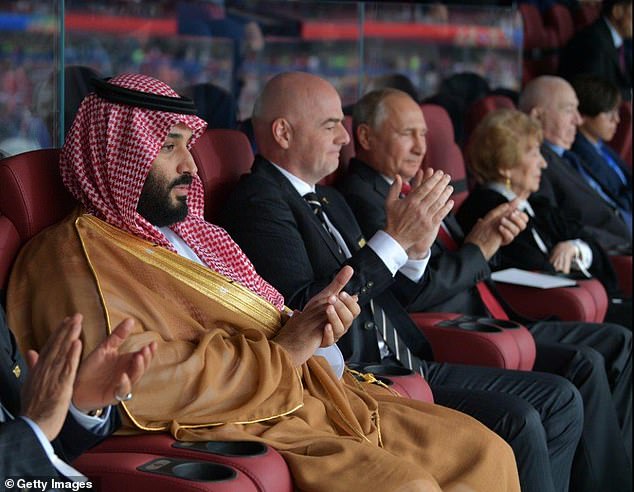 Should Ole Gunnar Solskjaer fail to deliver Champions League football, then the valuation of United would likely drop while a deal is unlikely to go through until qualification is confirmed.

Purchasing United would signal the Saudi family’s intent to rival Manchester City as the top team in English and world football.

City, who are owned by Sheikh Mansour of the Abu Dhabi royal family, have guided City to becoming one of the world’s best club teams after huge investments were made over the past decade.

Sportsmail contacted Manchester United over a potential takeover but they refused to comment on ‘speculation’.

Study: Working out too much can affect brain performance

Real Madrid exec: Use data to give fans the best experience

The battle for Premier League subscribers is about to kick-off

Mbappe is a Rising Star