One senior adviser in advertising suggested that Facebook should establish an ombudsman role to assess and report on its societal risks in regular financial filings.CreditPhilippe Wojazer/Reuters 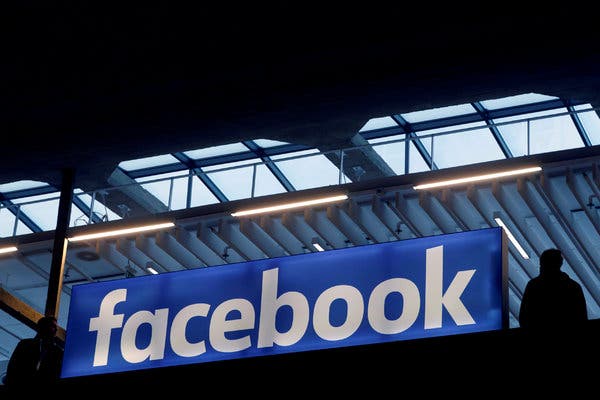 One senior adviser in advertising suggested that Facebook should establish an ombudsman role to assess and report on its societal risks in regular financial filings.CreditCreditPhilippe Wojazer/Reuters

Advertisers are the financial engine of Facebook, but lately the relationship had gotten rocky.

It got rockier on Thursday.

Several top marketers were openly critical of the tech giant, a day after The New York Times published an investigation detailing how Facebook’s top executives — Mark Zuckerberg and Sheryl Sandberg — made the company’s growth a priority while ignoring and hiding warning signs over how its data and power were being exploited to disrupt elections and spread toxic content. The article also spotlighted a lobbying campaign overseen by Ms. Sandberg, who also oversees advertising, that sought to shift public anger to Facebook’s critics and rival tech firms.

The revelations may be “the straw that breaks the camel’s back,” said Rishad Tobaccowala, chief growth officer for the Publicis Groupe, one of the world’s biggest ad companies. “Now we know Facebook will do whatever it takes to make money. They have absolutely no morals.”

Marketers have grumbled about Facebook in the past, concerned that advertisements could appear next to misinformation and hate speech on the platform. They have complained about how the company handles consumer data and how it measures ads and its user base. But those issues were not enough to outweigh the lure of Facebook’s vast audience and the company’s insistence that it was trying to address its flaws.

And after this article was published online, Mr. Tobaccowala called The New York Times to add to his comments.

“The people there do,” he said, referring to possessing morals, “but as a business, they seem to have lost their compass.”

And while ad agencies or their holding companies, like Publicis, place money on behalf of brands, it is up to the brands to decide whether to advertise on Facebook.

“Agencies can make recommendations, but marketers need to decide at what point is this going to be a liability for them,” said Marla Kaplowitz, chief executive of the 4A’s, an industry trade group.

So far, very few have been willing to leave the platform.

“Advertisers have long taken the position that Facebook was gamed by third parties and bad actors but had always believed that Facebook was taking whatever steps it could to prevent that,” said Rob Norman, a senior adviser at GroupM, the media buying arm of the ad giant WPP, and a longtime industry watcher.

Mr. Norman said Facebook should establish an ombudsman role to assess its societal risks, with reports in its regular financial filings. He compared the work to an accounting firm’s audit of a corporation’s finances.

“The business should be obliged to report its risk to society versus just financial risks to the business,” Mr. Norman said.

“We’ve made mistakes, but to suggest that we aren’t focused on uncovering and tackling issues quickly is not true,” Carolyn Everson, the vice president of global marketing solutions at Facebook, said in an emailed statement. “Our clients depend on us to help drive their business, and whether that means supporting the largest brands in the world or budding entrepreneurs, we’ll stay focused on doing the best work for our partners, improving safety and security across our platforms, and driving social good in the world.”

Almost all of Facebook’s revenue — which climbed to just over $40 billion last year — comes from advertisers, which range from local businesses to global brands. Along with Google, Facebook dominates the digital advertising market, and even as user growth has slowed, its revenue has risen quarter after quarter. But marketing is built on trust between sellers and buyers, and the revelations this week are a jolt for some in the industry.

“Up to now, whatever you said about Facebook, you couldn’t say it was a two-faced company,” Mr. Tobaccowala said. “It says one thing to you and does something completely different. This is very hard if you are a marketer.”

He added: “I’m not anti-Facebook. But I have always believed that marketers need people who recognize their dollars, and that they should drive and control their brands and they should control their data, and I think this will probably give them additional gumption to stand up and be heard.”

R/GA, a digital agency that won an advertising award from Facebook last year, posted a link to the Times article on Twitter and added, “It’s time to admit we were all wrong about Facebook. It’s actually worse.” The agency declined to comment further.

Dave Morgan, the founder and chief executive of Simulmedia, which works with advertisers on targeted television ads, said the reports about Facebook’s behavior “are driving a lot of pretty intense conversations in the ad industry these days.”

“What I hear most are brands saying that time for just talking is over: ‘It’s no longer about what Facebook says, it’s about what they do and what they stop doing,’” he said.

Keith Weed, the chief marketing officer for Unilever, created a stir this year when he said the company would not invest in platforms or environments “which create division in society, and promote anger or hate.” Unilever, one of the world’s biggest advertisers and the owner of brands like Dove and Lipton, said it would “prioritize investing only in responsible platforms that are committed to creating a positive impact in society.”

Unilever did not respond to a request for comment on Thursday.

“So far, the track record basically has been that regardless of what Facebook does, they keep getting more money,” Mr. Tobaccowala said. “The question simply is, will this make people wake up?”

Bursa tumbles on US market decline as Fed decision looms