Abdul Hadi Awang, the president of PAS (Pan-Malaysian Islamic Party), had taken at least RM90 million bribes from UMNO. Where’s the proof? Instead of proceeding on a defamation suit against Sarawak Report editor Clare Rewcastle-Brown, the supposedly holiest Muslim man in Malaysia has chosen the coward’s way out – an out of court settlement.

One does not need a rocket scientist to tell that Mr. Hadi is essentially another crook like his good buddy, former Prime Minister Najib Razak, who uses Islam to hide his evil and corrupt intentions. This also means at least 2-million Malay Muslims who had voted for the Islamist party in the 14th general election last year have been fabulously scammed, and they probably don’t mind.

Clare Rewcastle-Brown, the former BBC journalist who is considered a heroine in Malaysia for her exposure of crooked Najib Razak’s 1MDB scandal, said she is satisfied with the out-of-court settlement with Hadi Awang since it did not require the article at the centre of the RM90 million to be altered or removed, let alone issuing an apology. 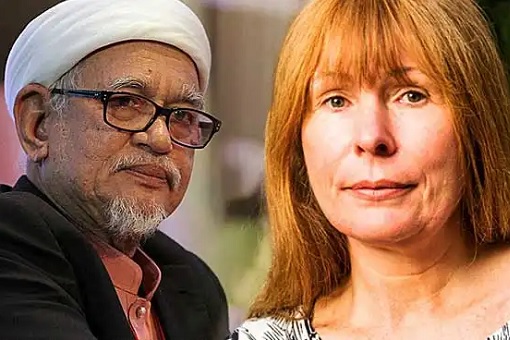 “I stood my ground. I am very pleased with the outcome as I am entirely vindicated by the fact that Hadi has dropped this case against the article which remains unaltered and online. I want to thank all the people who supported me in standing up to this attempt at legal bullying by PAS,” – said Ms. Clare, obviously happy that she had checkmated and gamed Hadi at his own game.

Yes, the highly explosive article published in Sarawak Report dated August 6, 2016 – accusing that Najib had bribed Hadi and his minions with RM90 million ahead of the May 9 election last year – is still available online. In other words, PAS President Hadi is perfectly alright, not that he could do anything, with the article accusing him of accepting the RM90 million bribery.

It’s worth to note that Mr. Hadi filed a defamation suit against Clare Rewcastle Brown for suggesting that he received a bribe from the Najib Government in a London court on April 21, 2017. That was more than a year before PM Najib called the May 9, 2018 general election. This proves that the bribe was paid to break-up the now-defunct opposition coalition Pakatan Rakyat. 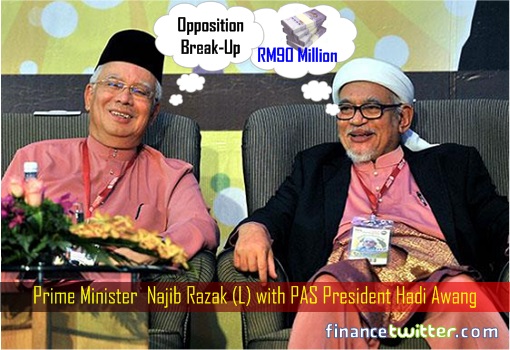 Najib-Hadi’s grand evil plan was to split the votes by engaging in three-cornered fights in the 2018 general election. So, Hadi Awang led his PAS party and quit the Pakatan Rakyat coalition by falsely accused Chinese-based DAP of anti-Muslim and anti-Islam. For back-stabbing his ally, Hadi was rewarded the RM90 million dirty money to be shared with his minions.

Of course, the 2-million gullible PAS supporters happily swallowed the hook, line and sinker thrown by Hadi Awang. The ignorant fanatic fans had argued that because their leader dared to sue Sarawak Report over the RM90 million bribery allegations, PAS must be squeaky clean. After all, Hadi had taken his fight to London, United Kingdom, something which even Najib would not dare do.

The simple-minded PAS hardcore supporters hadn’t the clue that Hadi’s intention was not to win his case, but rather to prolong the trials and bankrupt Sarawak Report due to the high cost of libel trials in the UK. And the PAS president was absolutely cocksure he could bring Clare Rewcastle Brown to her knees because Najib’s UMNO had never lost since the party had been ruling the country for 61 years. 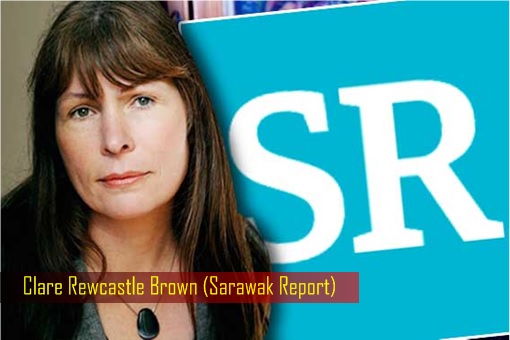 However, the God appeared to have a different plan for the combo-corrupt partners of Hadi and Najib. UMNO, the backbone of Barisan Nasional coalition government, stunningly and unexpectedly collapsed in May election last year, destroying Hadi’s plan of getting unlimited financial assistance from Najib regime to fight Ms. Clare in London.

Without the financial muscle to intimidate Rewcastle Brown into submission, Hadi realises it’s incredibly difficult to fight, let alone to bribe the judiciarysystem in Britain. Adding salt to the injury, the British journalist had actually filed a counterclaim – claiming that Hadi conspired with then Prime Minister Najib Razak or his agents to discredit her and the portal.

The corrupt Hadi’s bullying tactics essentially came to its end last June, when his lawyer Jacob Dean confirmed that Hadi Awang will not challenge the authenticity of a 20-minute recording  as evidence that PAS has indeed received millions in cash from UMNO, hence removing the need for expert forensic evidence to identify the speaker. 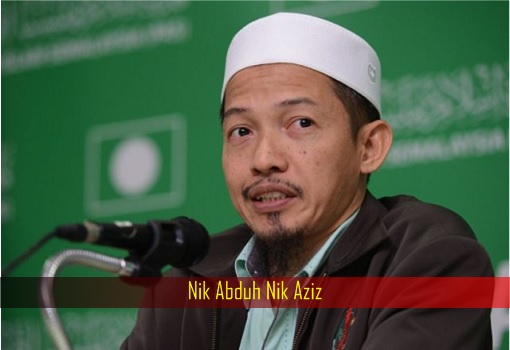 The refusal of Hadi to challenge the authenticity of the recording can only mean one thing – that the evidence is absolutely real and genuine. Apparently, Nik Abduh, the son of former spiritual leader Nik Abdul Aziz, was caught in his remarks to a delegation of PAS members admitting that PAS top leaders – including himself – have accepted money from UMNO, in order to further the party’s political agenda.

Of course, Nik Abduh had rubbished the audio recording as nothing but fake. Unlike his father, bizarrely, Mr. Abduh has also been defending Najib Razak against stealing billions of dollars from the people – calling such allegations as political conspiracy. Amusingly, since Hadi chicken out from challenging the authenticity of the recording, Nik Abduh has been keeping his elegant silence.

Although Hadi’s lawyer informed the judge that Hadi intends to fly some witnesses – between 8 to 9 people – from Kuala Lumpur for the trial scheduled for 1 April, 2019 in London, it seems the PAS president has a change of heart. Without “donations” from UMNO and the emergence of the audio recording, the best solution was to seek the out-of-court settlement. 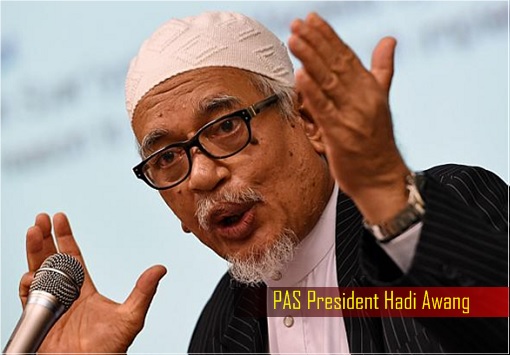 The PAS leader and his band of corrupt minions hope to lie and scam their 2-million Muslim supporters again over the undisclosed term settlement with Clare Rewcastle Brown. They could plan to twist and spin that because the British journalist had agreed to a settlement, it also means Hadi Awang has won his defamation suit against Sarawak Report.

Sure, it’s super duper ridiculous and dumb to claim that since the case did not proceed and was retracted, Hadi could claim it as a win. But hey, when you’re preaching a false flip-flopping Islamic teaching to 2-million walking zombies, they would believe it even if the holy man declares that Adolf Hitler was sent by the God to make the planet a better place to live.

The simple fact that Sarawak Report was not forced to retract its allegation, let alone apologise, for the damaging article in the settlement with Hadi Awang speaks volumes that the disgraceful Muslim leader had indeed taken the RM90 million bribes. And the God doesn’t seem to be impressed with him using Islam to enrich himself and his band of crooks. 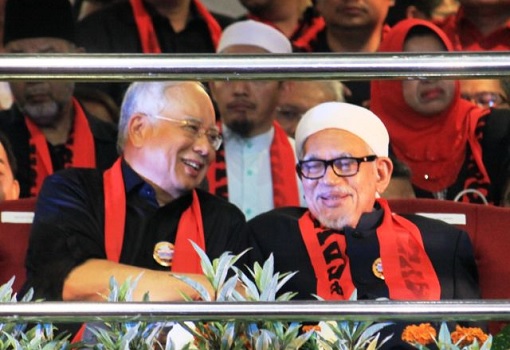 IS IT THE HEALTHCARE SERVICES, DG OR PM AT BREAKING POINT?