Smart city projects are taking off in leaps and bounds, with city authorities using information from connected devices to help them provide more efficient services. Visual data has an immense amount to add to smart city projects, but it is often left out of the mix. 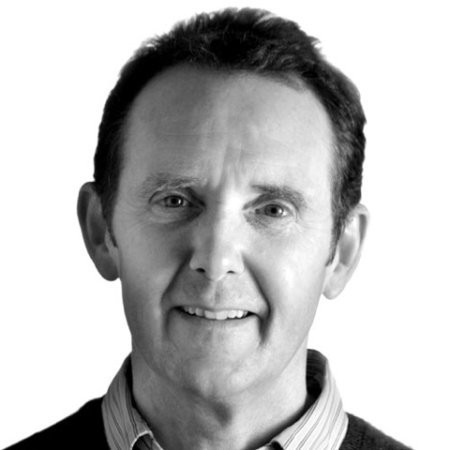 Sometimes this omission is due to the complexities of incorporating visual data into analytical systems, though there is also a nagging fear of the ‘surveillance state’. Both of these challenges can be addressed, and neither should stand in the way of allowing visual data to contribute to smart city programmes.

How visual data adds value
In a smart city environment, information can be gathered from a range of disparate devices and sources, brought together and analysed to produce knowledge that simply couldn’t be arrived at in any other way. Data assimilation and analysis is fast, allowing for near real time decisions to be made.

Visual data requires analysis before it can add value, but that level of analysis does not have to be hugely complex or time-consuming for a great deal of value to be added. Consider parking. According to the British Parking Association, 30% of city centre drivers are not on their way to or from a destination but are looking for a parking space. That’s not good for congestion, for cyclists who need to weave their way through traffic, or for pedestrians. And it certainly isn’t good for air quality.

Cameras can monitor roadside parking spots feeding their occupancy status into citywide parking information systems, and even into routing apps, so that drivers can more easily find a space. With help from analytics parking authorities can learn what kind of vehicle is parked — private car, van, delivery vehicle, blue badge holder and so on — and vary charges accordingly. The cameras know when vehicles arrive and depart, so it is possible to fully understand how each individual bay is used, and this information can help with the development of parking policies. It also becomes possible to vary charges by vehicle type.

Achieving this goal doesn’t have to require a huge investment in new cameras. Many cities have an array of CCTV cameras at least some of which can contribute to this kind of system. In fact, making more use of visual data from existing cameras is one of the great plus points that smart city initiatives provide. 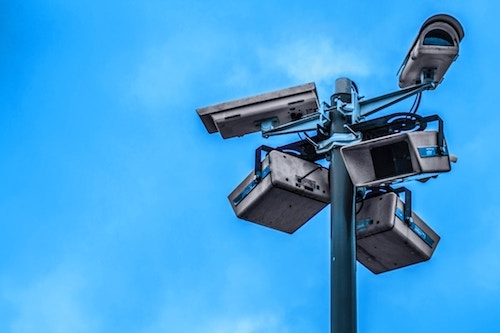 The prevalence ofV CCTV cameras in cities is increasingly creating a feel of the ‘surveillance state’. (Image: Nathaniel Dahan, Unsplash)

Support, not surveillance
I have mentioned briefly our nagging collective fear of the ‘surveillance state’. But the fact is that, as in the parking example, the kind of visual data cameras can add to smart city systems don’t need to involve data about people at all. Where information about people is collected, it might be related groups rather than individuals, and does not need to identify individuals to deliver its benefit.

It is possible, for example, for cameras to identify behaviour on railway platforms that might be a precursor to a brawl, terrorist activity or suicide attempt. Intervention before any of these take place is obviously preferable to the human cost that can follow. And without seeming hard-hearted it is important to note the financial implications of non-intervention. For example the British Transport Police has estimated the cost to the economy of railway suicides.

The flow of people through transport hubs, and indeed in any other public space from town centres on busy days to parks and open spaces during public events, can be monitored so that bottlenecks can be dealt with easily — or avoided — and if there are incidents, pinch points can be discovered and dealt with.

Admittedly there is also the prospect of identifying suspicious behaviour of individual and groups, and perhaps pre-empting anti-social or criminal activity, of spotting the routes of stolen vehicles using automated number plate recognition and so on. In such instances, ‘surveillance’ and ‘support’ are two sides of exactly the same coin. 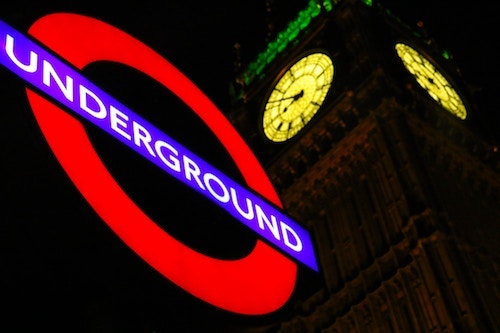 The London Underground is one place where data is being used to make real, effective decisions by Transport for London. (Image: Nick Fewings, Unsplash)

Democratising access to visual data
There is another key way in which visual data can help smart cities become smarter, and that is in opening up access to the data itself.

For example, Transport for London makes more than 80 real time data feeds available to developers who use these to produce apps which provide routing and other services. More than 600 apps use this open data, and the policy is boosting London’s economy to the tune of £130 million a year, while the service that third parties provide help people get around London faster and more easily. It is a win-win.

At present the data sets Transport for London shares are primarily non visual (the ‘Jam Cams’ live camera feed is a notable exception), but the principle of opening up access to encourage new services and contribute to the local economy is exemplified very well here.

The more we know about how people move through space, the better urban planners can design ‘permeable’ spaces, fit for walkers, cyclists, and motor vehicles. If smart city systems can predict potential antisocial or criminal behaviour, teams can be on hand to diffuse situations before they happen. When smart city authorities maximise their use of streetside parking spaces, they can provide a more cost-efficient service. And there are many more opportunities, with a single camera providing multiple uses.

It is my contention that when cameras are used not just for a single purpose, but to provide visual data which can be used in many different contexts, smart city projects benefit and, ultimately, the people who live, work and take their leisure time in those cities benefit too.

VIDEO: Fascinating footage of a human white blood cell chasing a bacterium captured through a microscope

The largest commercial communications array ever has just launched. Expect to see it – it’s huge and bright