The Sultan of Johor has returned all the logging concessions back to the state.  A nice gesture if true.

But why was he given the concessions in the first place? Is it his right as a constitutional monarch?

Is it the right of sultans to get concessions from logging to quarrying and land?

Is it our forest; our hills and our land, or is it theirs?

Wouldn’t it be nice if all the other sultans follow the example set by the Sultan of Johor and return all the concessions they and their relatives and cronies got because of their position and not earned like the rest of the rakyat. It boils down to integrity.

FROM POWER TO PERSONAL WEALTH

Sultan Nazrin made a speech on  leaders with no integrity at the Maulidur Rasul celebration (Star 28/11/18). “Power struggles also occur because power is seen as a conduit to build personal wealth and the wealth of their families and cronies.”

He was obviously directing this at the politicians  – what did they say about pointing your finger at someone else and having four fingers pointing at yourself?

Nevertheless it is a good speech and politicians should take heed.

But while the Sultan of Johor returns logging concessions; what do we do in the Silver State? Our illustrious MB, Ahmad Faizal Azumu,  declares open season on our national parks. And a reforestation project is given to a RM2 company. Maybe Ahmad Faizal should read Nazrin’s speech if he has not done so. INTEGRITY!

But should this matter of awarding the project be left alone? How was this project awarded? Who sat in on the decision with the MB? Why was there no open tender – one of the promises made by the PH government regarding awarding projects. Obviously those responsible hope that once the storm is over it’s back to business as usual. Rakyat muda lupa.

In the meanwhile they just keep their heads down.

Don’t give us the standard response: “the project has been awarded and nothing can be done now” .  Plenty can be done.  In the first place has this award followed the standard procedure of open tender? If not why not?

The MB tried to pull the Timber Board into his dubious scheme, but the Board would have none of it.

And if all else fails,  I suggest Ahmad Faizal do the honourable thing – RESIGN.

If not for this then for all the blunders he has made in the few short months he has been MB.

His call to the Orang Asli; the most deprived community to improve themselves before asking for aid is most insensitive.

Has he forgotten that his Chendriang Constituency has a very large Orang Asli population? Should not this call be made to his fellow Malays too? But nobody does that because it is insensitive and uncalled for even if true.

Then there is the controversy over his dubious degree. According to Wikipedia he did not complete his Business Studies course at the Edith Cowan University in Perth. So does he have a degree or not?

His call for a brand new airport in the Manjung area is nothing but a hare brain scheme which even his partners in PH are against. What was he thinking? Perak is poor as hell and can’t  even provide proper services (look at how dirty Ipoh is) and our roads are patched up rather than properly resurfaced; and there is our MB wanting a new airport. Perhaps if he had completed his studies he might have thought otherwise.

What about the talk of him wanting a new MB Residence. What lavish new istana has he got in mind? I suggest he take a leaf out of Nik Aziz’s book and live humbly. Even our Tunku had an old colonial bungalow for his official residence and he was the prime minister. 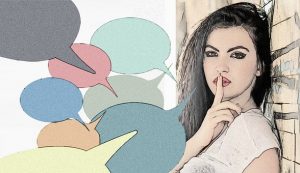 WHY ARE THE PH’S COALITION PARTNERS QUIET?

When we are the second poorest state can we really afford such vanities?
We thought we would get a better government after GE14 but it looks like “terlepas dari mulut buaya, masuk mulut harimau” (escape from the crocodile’s mouth, only to fall into the tiger’s).
But we don’t blame all our troubles on Ahmad Faizal.
His partners in PH has to bear some of the blame. How has the party with the smallest number of aduns got the MB post? If this is the best PH can offer then may Allah save Perak because nobody can.
Time for change!
Jika tidal dipecahkan ruyung manakan dapat sagunya. (You can’t get at the precious sago without first breaking the bark.)
The views expressed are those of the contributor)
===========================================

By Multatuli,
From Kampung Kencing Gajah