Twitter just announced it will stop all political advertising.

“We believe political message reach should be earned, not bought,” CEO Jack Dorsey said in a tweet Wednesday afternoon announcing the decision to suspend all political ads on the platform globally.

“While internet advertising is incredibly powerful and very effective for commercial advertisers, that power brings significant risks to politics, where it can be used to influence votes to effect the lives of millions,” Dorsey continued.

He cited a litany of other reasons why political ads are not appropriate on social media, including “machine-based optimization of messaging,” “micro-targeting,” “unchecked misleading information,” and “deep fakes.”

The decision comes as stark contrast to Facebook, which recently revised its political ad policy in the opposite direction, disclosing that it would not block or remove ads from political candidates that have false information.

Dorsey said Twitter will release its final policy by Nov. 15, “including a few exceptions,” such as ads in support of voter registration.

The new policy will be effective Nov. 22, in order to give current political advertisers reasonable notice.

“This isn’t about free expression,” he concluded, adding: “This is about paying for reach. And paying to increase the reach of political speech has significant ramifications that today’s democratic infrastructure may not be prepared to handle.”

Twitter’s decision to ban political ads likely won’t have much of an impact on its bottom line, says eMarketer Senior Analyst Jasmine Enberg, noting “It’s likely that political advertising doesn’t make up a critical part of Twitter’s core business. And, given the nature of the platform, people, publishers and politicians will still use Twitter to discuss politics organically, meaning that it won’t fully solve the problem of misinformation.” 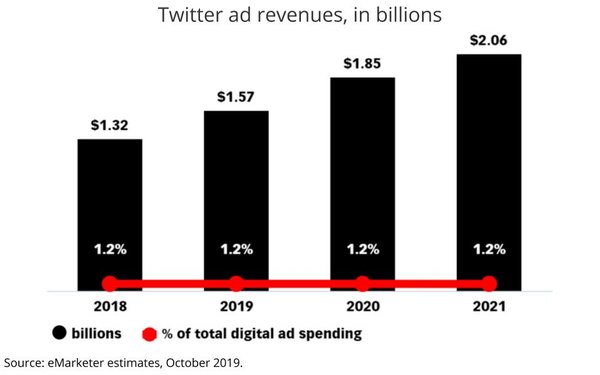 We’ve made the decision to stop all political advertising on Twitter globally. We believe political message reach should be earned, not bought. Why? A few reasons…

Covid-19: An open letter to PM from Matthias Chang

Alibaba to spend $28 billion in bid for cloud autonomy