Price comparison site Cable.co.uk has released its latest data for worldwide broadband speeds and it doesn’t paint a flattering picture about the UK.

According to the data gathered by M-lab the UK is 35th in the world when it comes to average broadband download speed. Our 22 Mbps average puts us just behind Madagascar, while Malaysian punters can reasonably expect speeds in the region of 24 Mbps. Winner for the past two years – Singapore – has been relegated into second place by Taiwan, which somehow managed to increase its average download speed from 28 to 85 Mbps.

Coming in at number three is Jersey, which the report chose to isolate despite it not being a country. The reason for this is presumably to illustrate what a big difference fibre makes because Jersey, we’re told, is the first ‘jurisdiction’ to offer ubiquitous FTTP. It’s in Cable.co.uk’s interest for people to feel dissatisfied with their current broadband offering and seeing how much better they have it in Jersey may contribute to such sentiment.

“It’s been very interesting looking at the data for a third year running,” said Cable.co.uk’s Dan Howdle. “It’s our largest data set ever, and the results are reassuringly consistent. The obvious correlation is that countries and territories with a heavier reliance on or ongoing investment in pure fibre (FTTP) networks, or are upgrading to fibre or LTE from even more aged technologies, continue to see their averages rise.”

This is presumably behind Taiwan’s meteoric rise, but it doesn’t explain why some of these reassuringly consistent numbers are going in the opposite direction with similar rapidity. Romania, for example, averaged 21 Mbps in 2017, jumped to 39 Mbps last year but has now fallen back to its 2017 levels. Norway, Belgium and Hungary also went into reverse between 2018 and 2019, implying Europe is having some issues.

The bottom of the list is dominated by Africa and what the report describes as ‘Arab States’, which includes most of the Middle East and North Africa. The global average is now 11 Mbps, up from 9 Mbps last year, but this seems to be almost entirely driven by developed countries switching to fibre. 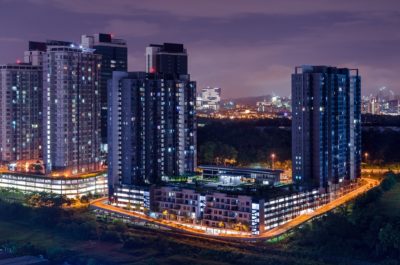 Harnessing the full power of fibre in a changing world

The beginning of the end: VodafoneZiggo switches off 3G network

NTT DoCoMo declares what 6G should be all about

Nokia applauds its own progress with 63 5G wins