Use this strategy to make better decisions 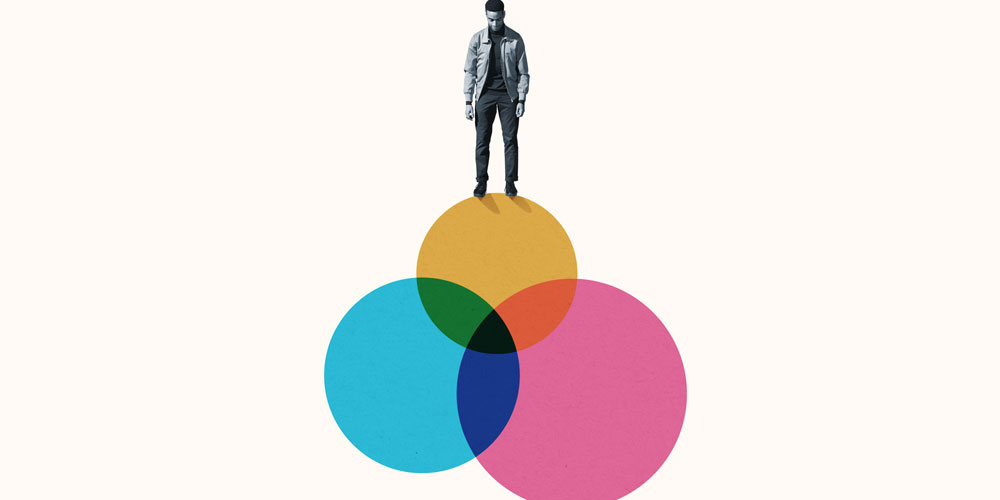 Deciding is easy: true or false? The first challenge in answering this question is that it’s impossible to know without more information. Which decisions, with what stakes, and on what timeline—these are just a few of the contextual factors most of us would want to consider before answering. The second challenge is that it’s probably not a true-or-false proposition.

Yet asked to choose, we do. This tendency is an example of what Nobel Prize–winner Daniel Kahneman calls WYSIATI: what you see is all there is. We tend to respond to what’s presented to us. It takes extra effort to stop and ask, “What’s missing?” Our energy-conscious brains like to be efficient. The problem is that not having all of the information we need can lead us to make a poor decision.

Dr. Mazahrin Banaji of Harvard University and her colleagues have researched implicit bias by exploiting this quick-response tendency. One of their well-known findings is that people more quickly associate positive words with white faces and negative words with nonwhite faces. But a lesser-known finding is that test-takers never pause to ask for more detail. I have found similar results when using my own associative test in leadership seminars. Asked whether someone will be a great or not-so-great leader based only on a photograph, participants render judgment and can articulate their reasons. Rarely does someone say, “I don’t know” or “I need to know more about this person.”

It’s critical for executives to overcome this cognitive tendency to quickly make insufficiently informed binary choices. A decision to buy or sell, keep a project in-house or outsource it, work in the office or work from home, to name a few examples, can make or break a business and a career. And an in-between or hybrid option might be best. For instance, designating someone a leader versus manager artificially limits the person’s potential because executive roles require both skill sets. And the sharing economy was built by injecting alternatives into binary decisions, such as whether to own an automobile. Moving beyond binary choices creates a nuanced perspective on potential risks and opportunities.

Moving beyond binary choices creates a nuanced perspective on potential risks and opportunities.

In fact, one lesson I’ve learned by teaching negotiation, conflict resolution, and leadership at Harvard is the power of options. I’ve seen that the most consistently effective negotiators are those who can frame a challenge as nonbinary and generate options for how to proceed. These successful negotiators deeply consider the problem and the interests of stakeholders, and in the process, discover or create multiple paths forward.

• Map the possibilities. The win-win outcome that many profess to prefer is simply a win-lose option reframed through a classic two-by-two matrix. When win and lose become axes, win-lose and lose-win remain outcomes, though the structure of the matrix reveals other possible outcomes: lose-lose and win-win. Thinking of your problem within this matrix can prompt questions about how to avoid everyone losing and what it might take to get a mutual win. In the language of negotiation, we call this moving from adversarial bargaining to interest-based problem solving.

• Deconstruct the binary. Two options don’t simply appear. Walk back through the steps by which options A and B emerged. If all you get is a shrug from your collaborators, the process by which you arrived at the binary lacked rigor and should be revisited. If, however, choices C, D, and E were identified and then winnowed through careful consideration, and you agree with the reasoning, then deciding between A and B might be appropriate.

• Solicit diverse ideas. Followers like to agree with their leaders. It’s important, therefore, for those in positions of power to signal their openness to other opinions and perspectives. Asking, “What are we missing?” for example, opens the aperture for expanded thinking. It helps create the psychological safety that enables those with less power to offer alternatives without fear of retribution. The right questions encourage debate and highlight the benefits of cognitive diversity.

• Make an array of options your standard. For decisions you have to make again and again, you can create multiple options that you’ll always consider. For example, Nobody Studios, a California-based venture studio, is constantly deciding which startup ideas to pursue. Co-founder Mark S. McNally told me it goes beyond the typical “fund or don’t fund” binary choice and instead structures its decisions around an “innovator’s wish list,” which includes possibilities such as pausing good ideas when market timing is off, or combining or splitting business ideas if they’re too small or too big.

• Insert an unworkable option. There are times when offering an option that everyone unanimously rejects can spur fresh alternatives. In one example that my Harvard colleague Lenny Marcus and I use in class, two healthcare CEOs are in a heated battle over the location of cutting-edge equipment that each organization has helped develop. There is funding for only one machine, and both CEOs want it. A lawsuit looms. A mediator breaks the logjam by suggesting that it be built halfway between the two facilities. Neither CEO sees this as remotely plausible. However, in finding agreement amid heated disagreement, they become open to other choices: free shuttle service between their facilities, location at one hospital but with co-branding, and more.

Think of your decision process as a lighting control. Too often, decisions are presented as a toggle switch where the choice is “on” or “off.” Instead, imagine a dimmer with myriad settings from dim and cozy to bright and clinical. With that metaphor in mind, you can view each decision in the best possible light.

Eric J. McNulty is the associate director of the National Preparedness Leadership Initiative. He is the coauthor of You’re It: Crisis, Change, and How to Lead When It Matters Most (PublicAffairs, 2019). He writes frequently about leadership, change, and organizational culture.

Former PepsiCo CEO: Why family is a business priority

4 steps to identify how you view your leadership