The date April 3, 2019 was supposed to be a sentimental and meaningful day for Najib Razak. There would be a huge party to celebrate his premiership, had he not been defeated in the last May general election. It would be his “10th Anniversary” in office as the Prime Minister of Malaysia, the most powerful man in the country. He was sworn in exactly ten years ago on that fateful day.

After all, it was his wife, Rosmah Mansor, who infamously said in 2009 that it was her husband’s destiny to lead the country, despite Opposition attempts to link him to corruption and murder of Mongolian Altantuya. The nation’s most hated woman said the attacks on her husband, then-Deputy Prime Minister Najib Razak, had made the couple stronger and more mature.

If only she knew that it is also her husband’s destiny to become the first leader of the country to be toppled by the people and put on trial for money laundering at a scale not seen in the history of the nation. The despicable couple – evil Najib and wicked Rosmah – had instead emerged greedier and more corrupt as they were given a taste of blood – the taste of real power as prime minister. 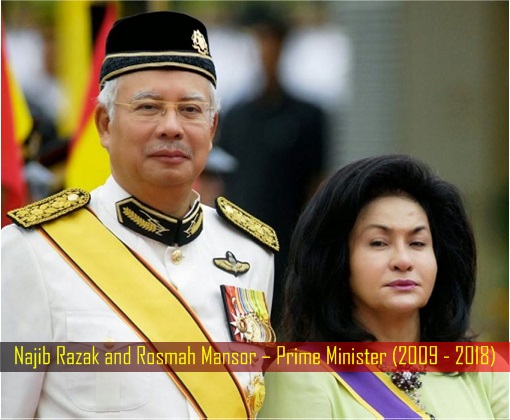 Even hours before the trial was set to begin at 2pm on Wednesday (April 3, 2019), Najib’s defence team desperately launched a last-ditch attempt to stall the trial of the century, filing a motion to challenge the seven charges of  abuse of power and money laundering involving RM42 million of SRC International Ltd funds. But the lady luck wasn’t smiling anymore at the defiant couple.

Although Rosmah did not turn up at the court, for obvious reason, everything went upside-down to the couple. The motion to delay the trial did not succeed when High Court judge Mohd Nazlan Mohd Ghazali ruled that he would hear the matter at a later date. The judge decided to ignore the defence’s delay tacticand announced that the trial would proceed as scheduled.

The 100 passes prepared for local and international media were snapped up like hot potatoes. Sarawak Report editor Clare Rewcastle-Brown, the whistleblower who was instrumental in exposing Najib and Rosmah dirty secrets, was probably the happiest journalist. She deliberately attended the trial to see the face of Najib, and to gloat. Najib regime had banned her website for exposing the 1MDB scandal. 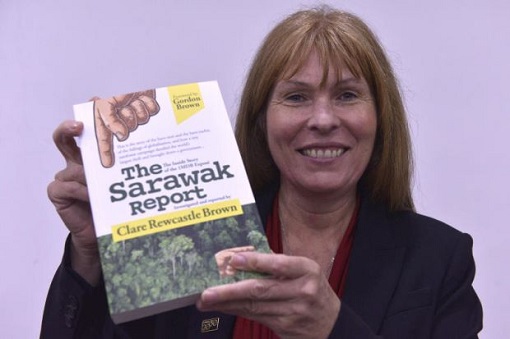 Najib’s consolation was probably a small group of fans waiting at the court complex to lend him some support, who would chant “Malu Apa Bossku (Why The Shame, My Boss)”, as the crook arrived and subsequently left. What was obvious was there were fewer supporters compared to previous cases involving Mr. Najib, most likely due to lack of funds to pay for a larger crowd.

After Najib made another record as the first former prime minister to enter the dock, a humiliating act he had previously refused to do, Attorney General Tommy Thomas read out his opening statement – that the prosecution will prove that Najib Abdul Razak had used his position as Prime Minister and Minister of Finance to obtain for himself a gratification of RM42 million. 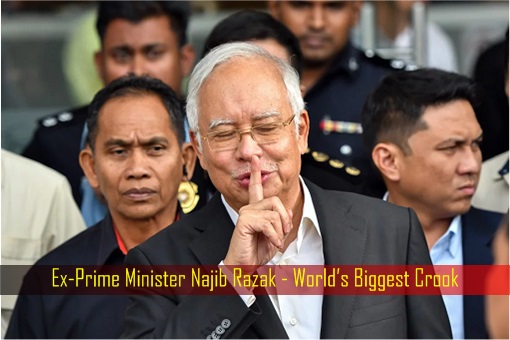 The A.G. also told the court that evidence will abundantly establish that the accused (Najib) was directly involved in the decision on behalf of the Government of Malaysia to give government guarantees for the loans amounting to RM4 billion received by SRC International Sdn Bhd from Kumpulan Wang Persaraan (retirement fund KWAP).

Najib’s hotshot lawyer, Shafee Abdullah, was not impressed with A.G. Tommy Thomas’ powerful statement. The defence lawyer has slammed the statement as “more of a political speech”. But the game has just begun. The juice of the first day of the trial was the revelation on how Najib spent some of the ill-gotten RM42 million in Honolulu, Hawaii, in December 2014. 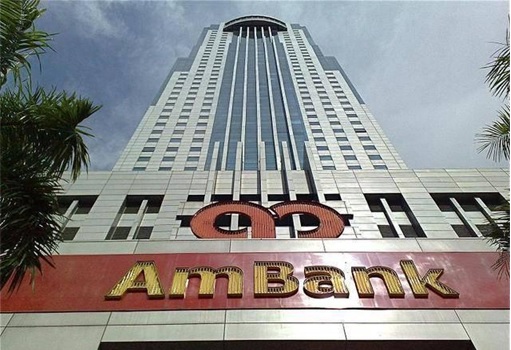 Najib’s Platinum Mastercard and Platinum Visa issued by AmBank had been overdrawn thanks to a RM3,320,670.65 purchase of jewellery in September 2014, according to previous exposure. In the trial on Wednesday, however, it was revealed that the disgraced leader had used the dirty money for renovation work at his residence in No. 11, Jalan Langgak Duta and in Pekan, Pahang.

A.G. Tommy Thomas also told the court that evidence would show that Najib’s credit card was charged US$130,625 (about RM533,158) for expenses made at a Chanel store in Honolulu, Hawaii in December 2014. Interestingly, on the night of May 17, 2018, police raided three luxury Pavilion Residences condominiums in Kuala Lumpur owned by Najib Razak’s children.

Besides RM117 million cash and RM1 billion worth of 12,000 pieces of jewellery, an eye-popping 567 handbags consisted of luxury handbags from 37 different designers – including Chanel, Prada, Hermes and ultra-luxury Bijan – were confiscated. It’s highly possible that the Chanel products seized from Najib’s family posh condominiums were bought using the RM42 million siphoned from 1MDB. 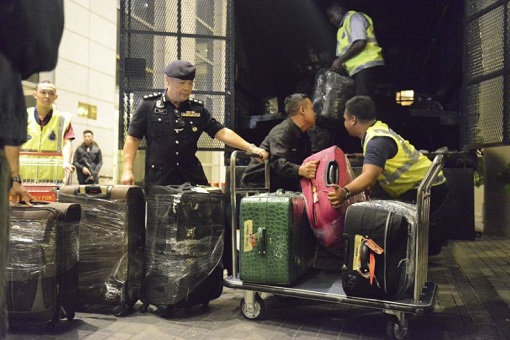 Although it had already been reported by foreign media The Wall Street Journal back in 2016, the “dark age” where Najib regime aggressively clamped down government-controlled news media from reporting the extravagant shopping sprees of his wife Rosmah, the trial on Wednesday has confirmed that the couple were indeed having fun during their trip to Hawaii.

Coincidentally, Najib Razak, who has a weird way of swinging a golf club, was mixing business and pleasure when he jetted to Honolulu in December 2014 with his spendthrift wife. It was the same time where he happily golfed with U.S. President Barack Obama, who was on vacation on the same Hawaiian island on Christmas Eve.

Of course, Obama was clueless that he actually golfed with the world’s biggest crook, whose thievery and embezzlement included laundering money using the U.S. financial system. Reluctantly, Najib was then forced to cut short his holiday, after photos of him golfing with Obama emerged while the country’s worst flooding in decades forced more than 100,000 people to flee. 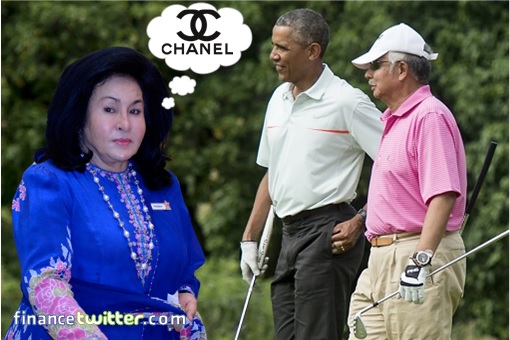 As thousands of Malaysians took to Najib’s official Facebook page questioning why he was not at home to deal with the crisis, little did the people realize that Rosmah Mansor, who proclaimed herself as the FLOM (First Lady of Malaysia), had been busy swiping credit cards to load the country’s official aircraft with Chanel products in Hawaii.

In fact, Najib took a commercial flight to Hong Kong, where he was fetched by the Royal Malaysian Air Force. The country’s official jet was at the mercy of Rosmah who, despite the crisis at home, had refused to go back but instead decided to fly from Hawaii and made a long shopping detour in Los Angeles, Indianapolis, New York, London, Dubai and Bangkok before returning to Kuala Lumpur.

Get ready your popcorn and Coke. As the trial moves forward, A.G. Tommy Thomas would probably reveal that Najib and Rosmah had spent at least US$15 million on luxury clothes, jewelry and a car in countries around the world, such as the U.S. and Italy, between 2011 and 2015. Heck, even their son – Norashman Najib – was gifted US$70,000 cash from the ill-gotten RM42 million. 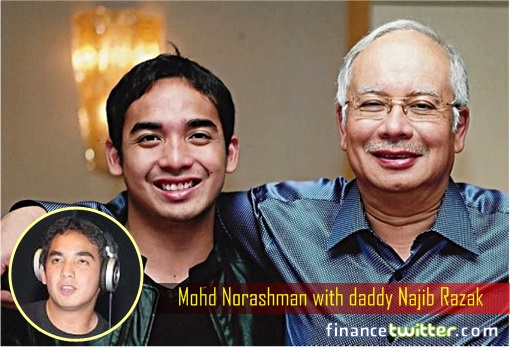 The same credit cards were used four months earlier in August 2014 to splurge 750,000 Euros (US$841,541; RM3.43 million) on luxury items at De Grisogono, a Swiss-owned jewellery store, in Porto Cervo, a tiny Sardinian resort. Yes, after spending two days in the Netherlands to offer condolences after Malaysian Flight MH17 was shot down in Ukraine, the mood quickly changed.

Najib and Rosmah, together with their son Norashman, subsequently extended their trip for a European holiday which included stops in Paris, Sardinia, Cannes, Rome and London. Of course, this is just the tip of an iceberg. There are still 38 charges linked to 1MDB and other state entities, from which Najib and his wife have plundered and laundered billions of dollars.

Ordinary Malaysians, who have been waiting impatiently for the trial, were in high spirit on April 3, as Najib obediently sat in the dock for 3 hours, an unforgettable and first time experience for the former premier, whom the Attorney General described as wielding “near absolute power” in office. Now, the world knows what Najib and Rosmah did in Hawaii. 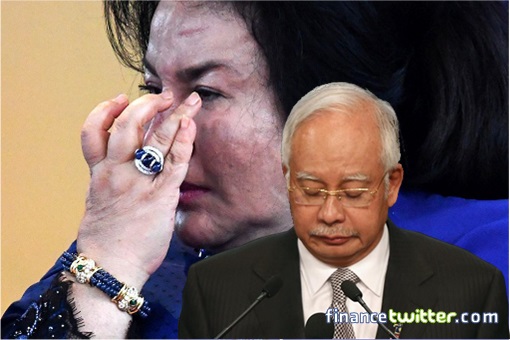