WeWork to lay off thousands this week 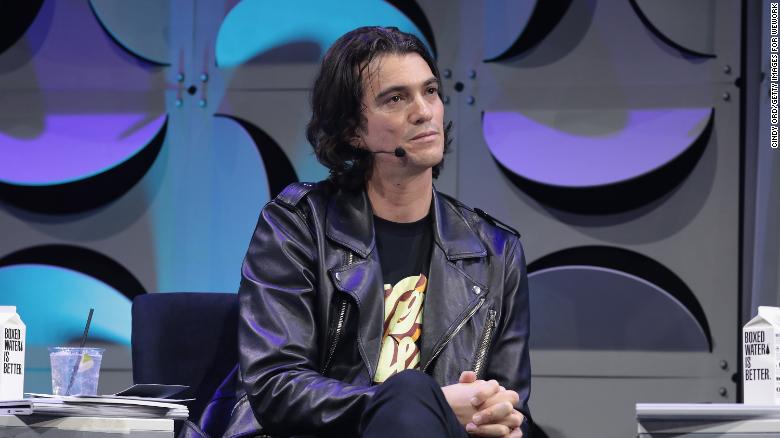 Former WeWork CEO is getting a massive payout

New York (CNN Business)One month after WeWork’s former CEO, Adam Neumann, received a massive payout despite all but running the company into the ground, more than 12,000 global staffers are bracing for mass layoffs this week.

On Monday, WeWork’s executive chairman Marcelo Claure confirmed that layoffs are imminent in an email to staff obtained by CNN Business. In the email, Claure said an all-hands scheduled for Tuesday would be moved to Friday “out of respect for the people who will be separated this week.”
The specter of sweeping layoffs has hung over the company for much of the nearly two months since it failed to pull off an IPO. Staffers have repeatedly been told that cuts are coming to the embattled coworking startup, but details have been scarce.
The unfolding saga highlights the risk of working for a high-flying tech startup. While some employees once saw their paper wealth soar as WeWork’s valuation rose as high as $47 billion on the private market, WeWork’s valuation has since plummeted to a fraction of that. WeWork reportedly delayed laying off staffers because it couldn’t afford to pay severance, prior to accepting a massive bailout from SoftBank (SFTBF). 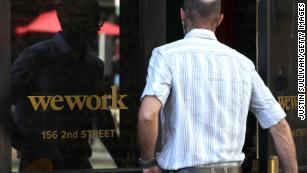 WeWork’s losses doubled to $1.25 billion last quarter
In the email, Claure did not specify how many people will be laid off, only that “the necessary job eliminations” will “start in earnest this week in the U.S.” Multiple reports in recent weeks have said WeWork could cut 4,000 jobs, if not more, with The New York Times reporting that many of those positions are part of its core coworking business.
WeWork declined to comment for this story.
Given the scale of the business — which branched into co-living buildings, a gym and a school — those impacted could include a broad mix of professionals, such as engineers, architects, interior designers and cleaning staff. About 1,000 cleaners and building maintenance staffers have already been told their jobs will be outsourced, according to a new grassroots coalition of WeWork employees advocating for them.
Leading up to the layoffs, leadership has attempted to ease concerns about the cuts by promising to prioritize treating those laid off with “dignity and respect,” Claure said in a separate company-wide email more than a week ago, which was also obtained by CNN Business. He emphasized that WeWork’s business is secure.
Claure is set to present an updated five-year plan on the business to the company’s board of directors on Tuesday, according to this separate e-mail. The company plans to share the same document with staffers, which will include financial restructuring, on Friday.
The company has previously said it will focus on its core co-working business moving forward, looking to sell off many of the startups it acquired over the years, as well as wind down its own business bets, including its school. Meetup, one of the startups acquired by WeWork, began cutting employees earlier this month, according to multiple reports.
According to two sources, there are recurring calendar invites involving human resources and lawyers using the word “Huxley,” thought to be a code name for the layoffs. The meetings began on October 28.
WeWork has framed its decision to slash jobs as an attempt to “right-size” its operations and forge a way forward after nearly crumbling. In late October, SoftBank took majority ownership of WeWork as part of a deal to pump $5 billion into the company following its disastrous IPO attempt. The new package valued WeWork at $8 billion.
But the impending layoffs have become a lightning rod issue because of Neumann’s golden parachute included with the SoftBank bailout. Despite a flurry of criticisms for mounting losses and poor corporate governance under his watch, Neumann was given the ability to sell up to $970 million in stock back to SoftBank, a $500 million loan to repay a credit line and a $185 million fee for consulting to SoftBank. Claure has said the payout was necessary to take control of the business from Neumann.
A former WeWork executive previously told CNN Business it was”disgusting” that Neumann could take so much money off the table while the fate of workers hangs in the balance. Neumann preached the importance of “community,” a word that appeared 150 times in the company’s IPO paperwork. 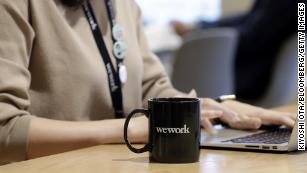 WeWork’s disgraced CEO is getting a massive payout. Now workers await their own fate
There is also clear frustration about the terms of severance — or lack thereof — for certain employees. A newly-formed group, called WeWorkers Coalition, is advocating on behalf of the cleaners and building maintenance staffers in the US and Canada who were told their work would be outsourced beginning December 9, according to tweets from the Coalition.
The cleaners and building maintenance staff have been given less than agreeable terms, the group said on Twitter. Last week, many of those workers were given offers to work at real estate services company JLL, one of the outsourcing partners, which they must sign by Monday or they will be involuntarily terminated from their job at WeWork with no severance, the group said.
The staffers will lose their 401k employer contribution because they will be terminated before the end of the year, among other concerns, the group said. Those who choose not to accept the offer should be given severance like other laid off workers, according to the group.
“The WeWorkers Coalition believes that the company is not following through on its promise to treat employees with ‘dignity and respect’ during this restructuring process. Our hard-working colleagues deserve better than this,” the group said in a tweet.
After the publication of this article, a WeWork spokesperson sent over the following statement: “Those who are currently enrolled in WeWork’s 401k program will receive a one-time lump sum payment equal to what they would have received as a 401k match for this year, less applicable taxes and deductions. This payment will be included in their last WeWork paycheck.”
Source: https://cnn.it/2rYh2pT
Categories: Business Services

Alibaba to spend $28 billion in bid for cloud autonomy